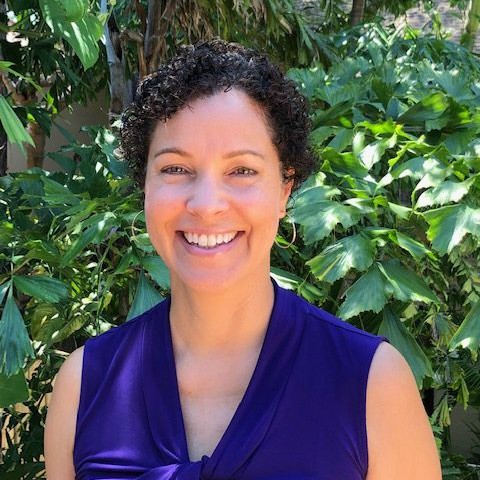 A few years ago, as new demographic reports were flush with a growing wave of multiracial youth, I revisited the topic of my roots.

My African-American mother and grandmother raised me at a time when identifiable biracial children were still just a fraction of the population. As a child, I had no contact with my father or anyone else on the white side of my family, which only contributed to my general confusion about race. I wasn’t mad at my father, exactly. Nor did I hold his whiteness against him. I had (and I say this without a trace of irony) many good friends who were white.

But I was bitterly divided in a place deep inside of myself. Much as our country is today.

Mine is a story about growing up biracial and eventually making peace with my father and the white side of the family that I never knew. Our tale traverses several decades, landing in my middle-aged years and taking several surprising twists and turns along the way. Fundamentally, though, it’s a story that goes beyond race. Our journey is about relentless faith, and second and third and fourth and fifth chances. It’s about healing by turning the gaze inward.

I gradually began to know my father in my 20s. Once, I remember getting annoyed with him when he claimed to be “colorblind.”

“That’s not a word you should use anymore,” I said. “ No one is colorblind. Not even children. It’s been proven.”

It occurs to me now that our political leanings and understandings have everything to do with the people we know, where we’ve been, what we’ve seen. Studies show that many Americans operate in echo chambers, listening only to those who share similar beliefs and blocking out the rest of the world in a circular kind of confirmation bias. Some people say the Mueller probe exonerated Donald Trump because they trust the president and believe what he says. Maybe we’ve known people like him and aspire to be like them. Or not. Maybe we’ve known people like him and have not trusted them and they are not who we aspire to be.

While visiting my father’s home in Washington state, he took me to meet my paternal grandmother. She made her disappointment clear to us. She wasn’t thrilled to have a black granddaughter and was rude. When my father was locked up at Los Angeles County jail for any number of misdemeanors during the troubled years of his youth, he’d look out and see her staring back at him from the courtroom benches, the only white person, as he recalled, “in a sea of black faces.” She’s gone now, and I’ll never know what she thought of all the black faces or whether she ever bothered to talk to any black people.

It occurs to me also that people we don’t know shape our political understandings, too, as do the places we haven’t been and the things we’ll never see. It’s kind of like how when you learn a new language, you’re not just learning words you knew. In fact, what the multilingual person discovers is that he or she now has a whole new way of seeing the world. The universe expands and entire thought patterns that never before existed in their minds are now available.

It took decades for my father to become my dad, but we got there. Today we are both so grateful for this fact that it often moves us to tears. The personal is political, as the old saying goes, but so, too, is the political personal. If my story is a lesson for the nation at large, one thing I do know is this: Redemption is possible. In politics, and in our hearts. If we choose to seek it.

This essay appeared in the April 7, 2019 Sunday Opinion/Commentary section of Newsday.