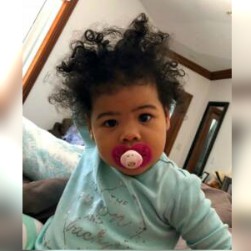 Last month New York’s Commission on Human Rights declared that it’s no longer okay to discriminate on the basis of hairstyle. Meaning, employers and other authorities can no longer force people to get rid of their dreadlocks, cornrows, box braids, Afros, or otherwise curly, biggish, non-white hair.

The city’s groundbreaking decision has been a long time coming.

For decades, in cases across the country, flight attendants, sales associates, and elementary school children were banned from wearing their hair how they chose to do so.

Volumes have been written about black hair, that most deeply deep cultural signifier. I won’t rehash those tear-stained reams…except maybe…just for a second…to point to my own Washington Post investigative piece about Rio, a company that preyed on black women’s hair insecurities and was, in the end, made to pay $4.5 million in a class action settlement filed by some 54,000 victims who’d used the product.

But I will say this.

About a year ago, as the glowing new mother of a multiracial baby girl (below, smile), I too decided to give up relaxers (again) and to allow my hair to do whatever the heck it wanted to do.

I’m not gonna lie. At first, I didn’t like the generally clumpy feeling of thickness on my head. Going natural took some getting used to.

But I am getting used to, and even starting to relish, the new bigness of my hair. And I’ll continue to do so for one simple reason. Because the world is changing. And I’m changing with it.